Friday 27 November 2020 is the 50th anniversary of the first LGBT+ demonstration in Britain. It was led by the Gay Liberation Front (GLF) against unjust laws and police misconduct that took place in Highbury Fields.

GLF activists who took part in the demonstration will be joined by younger LGBTQ+ people to recreate the original protest, starting from the site of the old cottage on Highbury Fields, Islington, where Louis Eakes, then chair of the Young Liberals, was arrested by policemen acting as agents provocateurs and subsequently found guilty of “importuning for an immoral purpose.” Some 18 months later, in June 1972, GLF organised the first Gay Pride March in Britain which ran from Trafalgar Square to Hyde Park.

This 50th commemoration for sexual freedom serves to celebrate those who were there, share and cherish the importance of the long-term struggle and energise a new generation of activists to respond to the many political challenges faced by today’s LGBTQ+. LGBT+ hate crime is on the rise in Britain as it is all over the world  – and we won’t stand for it.

‘In 1970 I suggested that the Gay Liberation Front’s first demo ought to be in Highbury Fields. I’m now 86 and send my love and remind us all that the word for the Highbury Fields demo in the slang of 1970 was a ‘zap’, meaning a bolt of electrical energy. Highbury Fields Forever! In solidarity and disgrace’ Eric Thompson

There will be the sharing of the GLF slogans, a march to the middle of the fields with sparklers/candles, the reading of the original GLF Demands, breaking down into couples, and as much kissing as Covid will allow. We also hope to recreate what Louis Eakes did before he was arrested; when he left the cottage and went into the bushes (long since cut down), he lit a cigarette and joined in with other men using their cigarettes to attract others to their side.

The private house now standing on the location of the former cottage bears a triangular plaque placed there by Peter Tatchell’s Outrage! and Islington Council. It was unveiled on the 30th anniversary of the demonstration in the presence of the Culture Secretary Chris Smith MP, local MP Jeremy Corbyn, the Mayor of Islington, and GLF veterans). For the 50th Anniversary we are not inviting any politicians as GLF was a revolutionary movement who demanded that it was society that must change – not us.

Due to COVID pandemic we will be paying strict attention to all regulations and ask everyone to wear face masks, stay two metres apart and keep strictly to households and/or support bubbles.

‘From the dark of the Fields to the light of the pub afterwards, we saw each other anew. We had shared our beliefs and convictions in public and acted them out in the world. We had made the first ever openly public demonstration in this country by homosexuals. Whatever barriers there were between us were let down that night. An emotional connection of solidarity and respect, for ourselves and each other was forged. It remains palpable to this day,” Stuart Feather, Blowing the Lid.

‘Highbury Fields was a UK defining moment in a global uprising and revolution against oppression and for liberation with sexual liberation at its heart.’ John Lloyd

“27th November 1970 was a watershed moment that challenged our police oppressors for the first time. It began our fightback, igniting a LGBT+ protest movement that in the following five decades rolled back straight supremacism and won the repeal of anti-LGBT+ laws.” Peter Tatchell

‘In 1970 gay men, lesbians and trans protested together on Highbury Fields not just about police abuse of power and unjust laws but also liberation, including sexual liberation for everyone – a revolution – Love and Liberation.’ Nettie Pollard.

‘Marking the 50th anniversary of the first LGBT march in London is of paramount importance today in bringing together queer individuals spanning multiple generations in order that we can celebrate and learn from those who have continuously fought for our rights over the last 50 years.’ Graham Martin

The GLF are also holding a People’s Revolutionary Convention at the Bishopsgate Institute in May 2021 to mark the 50th anniversary of the Revolutionary People’s Constitutional Convention (RPCC) organised by the Black Panther Party (BPP) that catalysed the Gay Liberation Front (GLF) into being. You are very welcome to be involved, unless you are a copper. 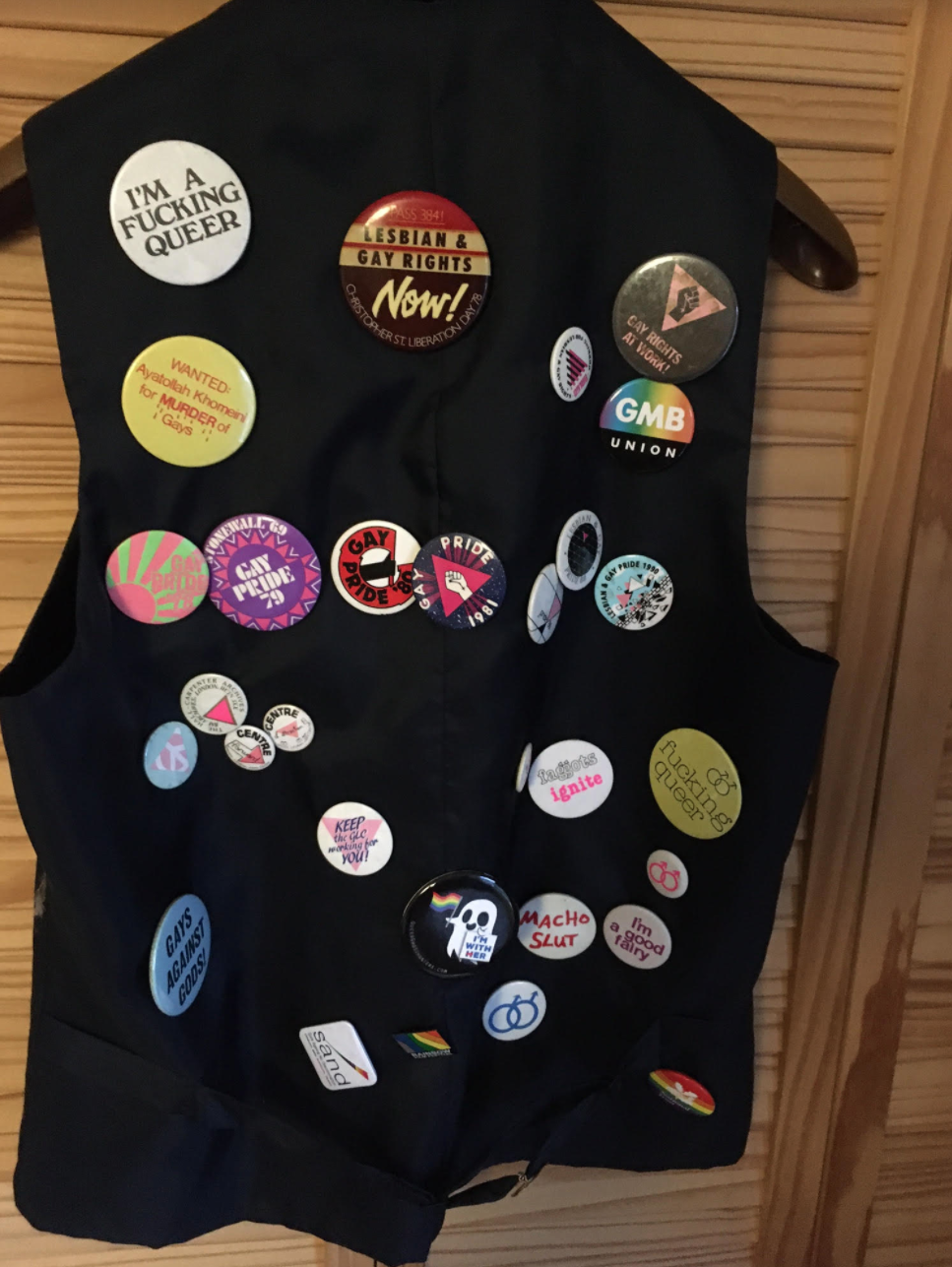